Three of worst four wards in Wales in Caia Park 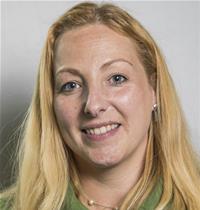 Three of the worst four wards in Wales for child poverty are in Wrexham.

Almost half the children in the Queensway, Wynnstay and Cartrefle wards in Caia Park are in child poverty, a fact that local Plaid Cymru councillor Carrie Harper said needs urgently addressing.

The shocking statistics reveal Wales as the only nation in the UK to see a rise in child poverty - the overall figure has risen to almost 30%. However three of the five wards in Caia Park estate are at 47.9%

"Employment levels are at their highest in a generation so a lot of this is in-work poverty. Low wages, zero-hour contracts and insecure employment through agencies and temporary contracts is contributing to this scandal of child poverty.

"There's no doubt that Universal Credit, which has been a disaster introduced by the Tories, has contributed as well. It makes my blood boil when I see that the Department of Work and Pensions are about to embark on a PR campaign to promote Universal Credit. The disconnect between the policy spin and the reality on the ground is infuriating.

"I think we've all had enough of slick marketing campaigns by clueless politicians trying to gloss over the misery they are creating with their policies. I'm sick and tired of seeing families suffering while billions of pounds are being wasted on ferries that don't exist, nuclear weapons we don't need and high-speed trains of no benefit for Wales.

"The fact that Wales is seeing a rise in child poverty while countries like Scotland are heading in the other direction makes it clear that we need to break free of the shackles of the UK Government's failing welfare policies. I want to see welfare policy devolved to we can start to improve the lives of the next generation rather than condemning them to poverty.

"As things stand, I have no faith that this current Labour Government in Cardiff will make a difference. That's why we urgently need to see a change in government and put Plaid Cymru in power, so that we can tackle these issues head-on."


Help make a difference -  click here to take action.
Posted by PlaidRhosddu at 12:59