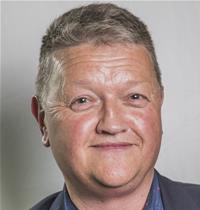 Statement by Cllr Marc Jones regarding complaint about liking a Facebook comment
For the past 18 months, since Plaid Cymru councillors challenged Wrexham Council's Executive Board over its use of Kingdom, we have faced a sustained attempt to silence us.
A few councillors in the ruling coalition have scoured our social media to try to find fault. They have screen grabbed page after page of material and passed it on to the council's monitoring officer, without success.
Last month a complaint was submitted to the Ombudsman about a Facebook comment I 'liked' back in August. The complainant was the council leader Mark Pritchard, on behalf of 11 anonymous councillors who were “hurt” by this.
The initial post was about the council's decision to spend £22,000 on resurfacing the councillors’ car park back in August.
One person responded with “what a shower of tw*ts”.
I ‘liked’ that comment.
I understand there was an attempt to get all 31 councillors in the ruling coalition to sign up to this official complaint. Only a minority did and at no time did anyone contact me directly or via the council's internal mediation process regarding the post.
The Ombudsman has now written to me to say he will not be investigating the complaint and has effectively told the council leader to 'grow a thicker skin'.
I regret liking the remark. I'm in a public position where that kind of abusive language should not be encouraged.
But I also regret that the Executive Board is more concerned with the "hurt" they feel from a liked comment than the real hurt they have caused in cutting jobs, closing services, shutting down life opportunities and failing to deal decisively time after time with the issues that bother Wrexham people.
The Plaid Cymru group of councillors - Gwenfair Jones, Carrie Harper and myself - have been consistent in standing up for our residents in Gwersyllt West, Queensway and Grosvenor wards. We've also played a full and active part on the council in terms of attending and contributing to scrutiny meetings, planning committees, workshops and task and finish groups. We have not been shy when this council's ruling Tory-independent coalition needs challenging and that's why we have faced this constant attempt to silence us.
There is a clear protocol within the council about dealing with complaints between councillors internally and informally before opting for the last resort of taking complaints to the Ombudsman. The council leader and the other 10 councillors failed to adhere to that protocol and, instead, opted to go straight to the Ombudsman.
I'm glad the Ombudsman has decided not to investigate the complaint.
We’re not going away, we won’t be silenced, we’re not taking a backward step. We will hold this ruling Executive Board to account on behalf of the people of Wrexham.
Posted by Plaid Queensway at 13:19