Critical that Wales has leadership over coronavirus 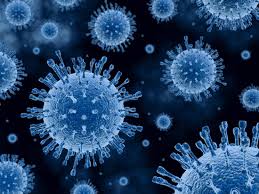 Pressure is mounting on the Welsh Government to devise a better strategy than to simply follow the questionable Westminster line in response to the Coronavirus outbreak.

As Scotland and Ireland have ramped up community testing and the World Health Organisation (WHO) reiterates its advice is to test and isolate, the Welsh Government has up to now staggeringly followed England and closed our test centres. This is even harder to understand given the higher risk posed to Wales due to our larger elderly population, higher poverty levels and the fact we have the lowest number of critical care beds in the UK.

In response to growing concerns about the Welsh Government response, Plaid Cymru Councillors in Wrexham have signed a statement along with other politicians, trade unions, Independence campaigners, health workers and others calling for a change of approach by the country’s political leaders.

Councillor Carrie Harper who represents Queensway ward in Wrexham said:” The Welsh Government should not support the Tory Governments plans announced on Thursday to allow the virus to spread to 60%-80% of the population, which potentially means thousands of deaths here in Wales and has been heavily criticised by hundreds of scientists over the weekend. As a group in Wrexham, all our County Councillors have signed the statement calling for an urgent change of direction.”

“It’s critical we have leadership on this, as Ireland, Italy and France go into lockdown and close schools, restaurants and bars, Westminster’s response is rightly coming under increasing criticism worldwide."

"Boris Johnson has also put many businesses in an impossible position following his latest announcement requesting people don’t attend bars and restaurants. The hospitality industry has felt it’s been thrown under a bus as many can’t claim on their insurance unless they’re ordered to close. Our businesses need clarity and leadership but they're sadly getting neither. ”

“ We now need increased testing in line with WHO recommendations and stronger measures put in place urgently. We also need a plan to look at increased health provision, mortgage holidays and rent support for our people. “

The statement which can be read in full below, also calls for a ban on tenant evictions, price controls on essential goods and a diversion away from military spending in order to release billions to deal with the growing crisis.

"Statement from left politicians, trade unionists, independence campaigners, health workers and others in Wales on the Covid-19 pandemic and how we should respond.

The Covid-19 outbreak poses a real and significant threat to the people of Wales, a country with a large elderly population and the highest poverty rate in the UK,
We are opposed to the strategy put forward by the UK government on Thursday of allowing the virus to spread to between 60% - 80% of the population, as the UK’s Chief Medical adviser has said. In this scenario, with just a 1% death rate, the virus could kill 25,000 people in Wales and almost half a million in the UK. But with the current death rate in Italy over 7%, we cannot know with any certainty how many would die here.
The ‘herd immunity’ plan - with no widespread testing or detection - is an historic mistake with potentially catastrophic consequences and one we must step back from immediately. We note the letter signed by 229 scientists from UK universities on Saturday which said the government's approach will put the NHS under huge stress and “risk many more lives than necessary.”
If this approach by the Conservative administration in London continues, the Welsh Government should not support it.
Instead, our approach must be one that prioritises saving lives and protecting the vulnerable above the needs of the market and the financial sector.
This must first and foremost involve effective measures to stop the virus spreading as well as a programme of aggressive testing and contact tracing, as called for by the head of the World Health Organisation.
Immediate funds must be released by the UK government to build emergency health care facilities and provisions. Private hospital & hotel beds should be requisitioned to meet soaring need and thousands of extra care & health workers hired. Childcare arrangements must be made for frontline workers. As the 5th richest country in the world, the UK has the ability to take bold action. But where powers are devolved, and if necessary, Welsh Government must be prepared to step in.
Among other measures, we call for: full universal sick pay, including workers on zero hours contracts; support for workers taking action to self-isolate; full trade union engagement; a ban on tenant evictions and utility ‘cut offs.’; rent & mortgage freezes for the infected; opposition to any racist scapegoating of Chinese, Asian, Italian or minority communities; emergency grants for those in serious poverty; the expansion of meals on wheels to feed the hungry; price controls on essential goods and other measures to help those most vulnerable. No one should profit from illness or death.
We support community action to help those affected and firmly believe that ordinary people are the solution to the crisis - there should be no unwarranted clampdowns on civil liberties.
The economy was fundamentally re-organised in the Second World War and we must do the same again now to tackle the Covid-19 pandemic. To fund such a programme, sweeping measures such as a 20% windfall tax on the top 1% of earners, and a diversion away from military spending on arms, should be adopted to release billions in order to deal with the crisis. The health service, not banks, should be bailed out.
Finally, we cannot tolerate a situation where the financial and health cost of Coronavirus is pushed onto the shoulders of ordinary people, who have already paid the price for the financial crisis of 2008. Enormous sums of money are being hoarded by the super rich in offshore bank accounts. Keeping this money locked away at this time is unconscionable , and it is from these vast reserves of global wealth that we must tackle the pandemic.
This is a group set up with the sole purpose of advocating these demands in relation to the Coronavirus epidemic. An initial list of signatories to this statement includes:
To add your name and group or position (if any), email covidwalesresponse@gmail.com
All signed in a personal capacity:
Leanne Wood, Plaid Cymru AM for The Rhondda
Darren Williams, Labour NEC and WEC
Emma Garson Branch Secretary, Cardiff County UNISON
Hillary Brown, Civil Rights Lawyer
National Board, Undod
Marianne Owen, Chair PCS Wales
Cerith Griffiths, Exec Council, Fire Brigades Union
Renata Medeiros-Mirra, Cardiff University College Union (UCU) Strike Committee
Rowan Hope Campbell, Cardiff UCU Strike Committee
Andy Williams, Cardiff UCU
Abyd Quinn Aziz, Plaid BME Section
Seb Viola - NHS Doctor
Miranda Thomas - General Practitioner
Helen Erasmus, Registered Midwife
Rob Thomas - Senior Lecturer, Cardiff School of Bio-Sciences & UCU
Pat Penketh, Ultrasonographer
Dan Evans - Desolation Radio
Sahar Al-Faifi, Anti-Islamophobia Campaigner
Sheila Jones, WASPI Women Campaign
Pete Davies Chair Cardiff County UNISON
Dawn Maxwell, UCU
Luzian Dominguez, Lecturer, Cardiff School of Modern Languages & UCU Executive
Katy Beddoe, UNISON Rep
Julie Shackso, Social Worker
Adam Johannes, Cardiff People's Assembly
Maggie Smith Labour
SC Cook, voice.wales
Sandra Holiday, Labour
Phil Holiday, Labour
Gwenno Dafydd
Colwyn Ewers, Labour
TJ Williams, Comedian
Chiara Poletti, PHD Student, Cardiff University
Glenn Page, Undod
Jonathan Paul Jones, Research Student, Cardiff University

Posted by Plaid Queensway at 21:59