Dialysis services have been privatised, health board confirms 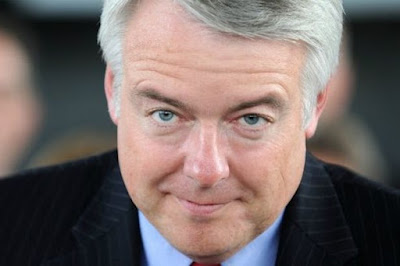 Plaid Cymru's North Wales AM Llyr Gruffydd is questioning whether First Minister Carwyn Jones misled the Assembly during questions about the proposed privatisation of dialysis services in Wrexham.

In last week's questions by Rhun ab Iorwerth, Plaid Cymru's shadow secretary for health, Mr Jones said "we are completely against privatisation" and "No, we do not agree with privatisation. That is why, of course, we have set our face against initiatives such as private finance initative, set our face against initiatives that we see in England, where the NHS is being privatised. In Wales, the NHS will remain in the public sector."

But in a response from Betsi Cadwaladr University Health Board, the extent of privatisation in the Welsh NHS is laid bare.

"The letter, in response to my questions about the future of the dialysis service, makes it clear that there is a tender process under way that could see the service in Wrexham being transferred entirely to a private provider. This would mean NHS staff being contracted out of the public sector to the private sector.
"This is not a one-off. Ysbyty Gwynedd and Alltwen Hospital in Porthmadog have already seen their dialysis services contracted out of the NHS and are now run by B Braun. In addition the renal unit in Ysbyty Glan Clwyd is a Private Finance Initiative and has been for 11 years.
"It's clear that the First Minister either doesn't know what's going on in the NHS here in Wales, where specialist services such as dialysis are being run by private companies and NHS nurses are being contracted out, or he misled the Assembly.
"Staff are unhappy about transferring out of the NHS and having to work for a private firm. There are implications for staff pensions, sickness pay and holiday pay. These are specialist staff and should not be treated in this way by government. The health board letter acknowledges 'there may be implications for the employment arrangement of our nursing team'."

Mr Gruffydd added that the health board letter also confirms that the First Minister's cabinet colleagues were aware of this:

"The letter from the health board also states that this process has 'Welsh ministerial backing'. The logical conclusion is that the First Minister is talking tough against privatisation while his government is presiding over the exact same thing that Corbyn, his leader, is condemning in England. Labour in Wales is a shambles and it's time for the First Minister to go."