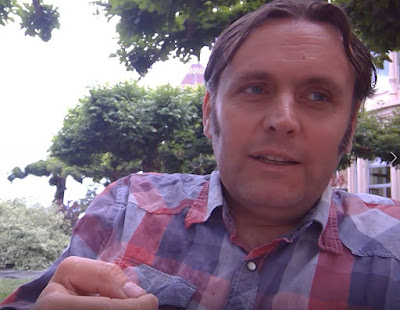 A former Labour candidate for the Senedd has quit his party and joined Plaid Cymru to oppose Tory rule in Westminster.

Eifion Williams, of Bwlchgwyn, said he left Labour in despair at a UK solution to the cronyism of the Tory government:

“I was a member of the Labour Party since 1989 after seeing my father in pain every night waiting for a heart operation. The cross-party consensus in the UK, to respect the health service, has been scrapped for good. Devolution as it currently stands simply won't take the strain of Tory Governments in Westminster attacking our health service in Wales. I don't want to have to fight Westminster every 20 years to wrestle our health service back; I want something more stable when our lives are at stake.

“Wales wants to be a team player, on its own terms, by having an independence referendum, that’s all.

"We need to admit where real division is coming from rather than to point the finger at Wales for wanting a full democracy. It’s the current UK - a UK of cronyism, of being isolated in the world, of spending billions on weapons, of now pushing a one-size-fits-all culture that dismisses all else with distain - that fills me with fear.

"With 54% of Labour supporters in Wales now supporting independence, they’re seeing the distinction. If we’re to stop Wales from getting bullied in Boris’s Brexit Britain over the next five years, the political landscape has to change on Thursday, that’s why Wales now needs to vote Plaid on Thursday."

Mr Williams stood for Labour in Aberconwy in 2011 and Caernarfon in 1997 and has been a long-standing and respected activist in the party.

“Like or loathe, the Corbyn period taught us one thing in Wales: The powers that be said loudly and clearly 'don't even think about a more radical agenda within the context of the United Kingdom, you’re never going to have it'. We got that message plain and clear. As Wales has never voted for the Tories in its history, an independence referendum will allow the democratic will of Wales to be realised at every election.

“The UK was always run by Etonians but now, there's no stopping them. If you’ve voted against that over the years, you should now be working for an independent Wales as we’ve never voted Tory, not once."

His message was welcomed by Llyr Gruffydd, Plaid Cymru's candidate in Clwyd South: